For six years, Patrick Mulroy calmed thousands of resentful motorists through a combination “therapy” of wit, humor and useful information provided in his comedy traffic school classes. His students were angry about many things: unfair tickets, overzealous cops, predatory fines, rude and dismissive court employees, and their own sense of helplessness. Patrick introduced his students to the California Vehicle Code, a gold mine of information containing every traffic statute in the state of California. By better understanding their rights under California law, including the very convenient right to contest a citation by mail, unfairly cited students left the class feeling empowered, vowing never to be abused by a bogus traffic ticket again.

Some of these students decided to put what they had learned in Patrick’s class into action and successfully contested the ticket that had brought them to his school. Other students contested future tickets, occasionally calling Patrick to thank him for the enlightenment. Despite his earning a marginal living from this work, the good karma generated by helping others stand up for themselves kept Patrick in the traffic school business for over five years.

Patrick gave up his traffic school business to focus full time on helping his fellow Californians from being unfairly fleeced by the state. This site is an attempt to preserve in some form, the empathy he had for his students, his passion for teaching them, his satisfaction at seeing them stand up for their rights, and the insights into California traffic law that he gained through hours of lively debate.

Who this site is for

What do we get out of it?

Our biggest benefit is good karma from grateful friends we’ll probably never meet. Our site is financed entirely by voluntary shareware donations from people who use the site to fight their traffic ticket. As with all shareware, we are not guaranteed any payment in advance. We rely upon the goodwill and honesty of people we help to pay our modest fee ($25) if they win their case. 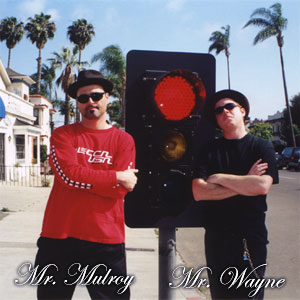 Who the hell are we, anyway?

Virginia Woolf believed that biography, even autobiography, was a form of fiction. So do we, so we’ll keep it short.

Patrick owns a cat and has a vestigial third nipple, just like Marky Mark. As with most tri-nippled cat owners, he is single and lives alone.

Brush with Greatness : Patrick was rudely bumped into at a Waterboys concert by Sinead O’Connor. Later that same night, the Artist formerly know as Prince tried to beat her up. She fled his mansion in a panic. Coincidence?

Curious Fact: Patrick can’t seem to get a certain ABBA song out of his head. Curious.

Brush With Greatness: Tim met author Quentin Crisp on two occasions and has a photograph to prove it. Quentin Crisp is now dead. Coincidence?

Curious Fact: Tim enjoys going to raves, where he often gets backrubs from total strangers. Curious.