How does this work?

This video explains the process:

If you don't have time to watch it, the gist is that you use this site to write a written declaration to fight your traffic ticket. We have example declarations for just about every conceivable situation with almost every possible vehicle code violation (we've been writing and collecting them for two decades!).

So, how much does this cost? 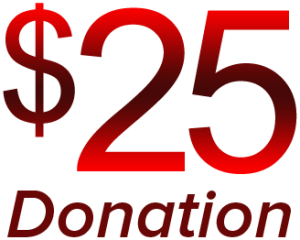 It's a $25 donation. It's a donation because the membership fee is voluntary. You can use the site before you pay.you pay after you get the materials and use them. We do this on the honor system.

If you pay the $25 dollar "tip" it helps us keep the lights on.  For your $25, you get a one year membership to the Ticket Assassin. Membership entitles you to access our newer, additional defenses which are not on the site. It also gives you access to email support from the Ticket Assassin. These additional defenses and email support can be the deciding factor determining your success, but we still leave this up to you.

How well does it work?

We have a GREAT rating on Yelp and we encourage you to go read some reviews.

When you receive a speeding ticket, the court will usually suggest that you must appear twice to contest it: first to appear and plead not guilty and second to stand trial with the officer present. This is not true. You can contest your ticket by mail without making a single court appearance. Fighting your speeding ticket through the mail gives you a better chance of winning your case than at a court trial. Even if you seem to be guilty of violating the law, the procedural hassles for the prosecution will often lead to a dismissal. If the prosecution does not submit its version of events in writing to the court by the deadline date, your case will be dismissed regardless of your guilt or innocence. Dismissals due to lack of prosecution are won in approximately 30% of written defenses.

The law allows you to contest any traffic infraction entirely by mail. You can appear via mail through a Written Not Guilty Plea pursuant to CVC 40519(b). In your plea you can request a Trial by Written Declaration pursuant to CVC 40902. In this way you can contest your citation without appearing at all and, for reasons already discussed, will have a better chance of winning than at trial. Further, if you lose your trial by declaration, you have 20 days to request a Trial de Novo (new trial) pursuant to CVC 40902(d). You then can appear in court for the first time for your second chance of winning.

Why doesn’t the court inform every defendant of their legal right to appear in court via mail (Written Not Guilty Plea), contest via mail (Trial by Written Declaration), and have a new trial (Trial de Novo) if they are not happy with the outcome of the first trial? Money. Most courtesy notices hardly mention or do not mention these rights at all. Many courtesy notices from California traffic courts begin, “To avoid the inconvenience and long lines associated with a court appearance… pay the bail amount listed above.” The justice system uses its own bureaucratic inefficiency to discourage you from seeking justice. Nice.

If they even mention the possibility of contesting a citation, they also mention that this generally requires two court appearances, one to plead not guilty, a second for the actual trial. If you do appear in person to plead not guilty, most courts will make you enter your plea last, inconveniencing you to the maximum. Then it will ask you to return to court for a trial. The two days’ pay lost through these two separate appearances amounts to more than the traffic fine for most people. This is why less than 1% of cited motorist ever bother to contest their citation. Ignorant of their legal rights, confused and intimidated by the courts and police, 99% of Californians ticketed simply pay up.

The California Traffic Court System extorts over a billion dollars a year from California citizens by keeping us ignorant of our rights. They confuse and intimidate us with a muddled “courtesy” notice mentioning license suspension and jail as possibilities (these are only possibilities for those who ignore the citation entirely). The courts also benefit from the inherent respect most people have for the police that keeps them from questioning the officers’ often-arbitrary decision to issue a citation.

California traffic courts use the formality of the courthouse to further intimidate those brave enough to appear, scaring them into pleading guilty or accepting an assignment to attend traffic school. The court strong-arms the majority of defendants, too busy or too intimidated to appear, to surrender without a fight: we collapse like a piece of IKEA furniture and meekly mail in the protection money hoping these bullies will leave us alone. By sustaining this proctological racket, California traffic courts rake in a small fortune for state, county, and local governments. Al Capone would be proud.

The court has done its best to discourage you from contesting your ticket. My site is designed to expose the not-so-scary Wizard of Oz hiding behind the trappings and formality of the law. You can contest your ticket by mail without a single court appearance. You can win your case with a single letter. You can exercise your right as a citizen to be heard. The state-sponsored car tax via unfair citation can be overcome.

My site will show you how to contest by mail with step-by-step instructions contained in the Shareware. If you are ready to fight back, go to my Shareware Registration page and join ticketassassin.com. I’ll be here to guide you in using my shareware once you join. I hope to hear from you soon.